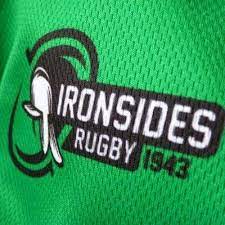 Rome vs Carthage. Sparta vs Troy. Colin vs Cuthbert. Rivalry is a common theme throughout history going back to the dawn of time. This Saturday past produced yet another epic encounter. A match to determine which team would wear the crown of Best South West London 1 South Club Located Around the River and Not Too Far Out of the City.

It was a fierce mild day for rugby. Like Caesar himself crossing the Rubicon, Hammers crossed the Thames into Battersea territory. ‘Alea iacta erat.’ The die was cast. Hammers had every reason to be confident. A BP win against Chichester the week before had put us on a four game win streak. The augurs portended poor omens however when much of the team struggled to locate the field of battle, with many including the author relying on the navigation skills of consul Joe Caravan to steer us through enemy territory.

The warm-up was sharp. The forwards rumbled through their set-piece, building their maul, line-out and scrum like the great siege engines of old. The backs meanwhile, consubstantial in mindset, practised their moves seeking to expose chinks in the Battersea defence. The winds calmed. The stage was set. The gods waited with bated breath. Cry havoc, and let slip the dogs of war.

Despite promising preparations, Battersea drew first blood soon after kick-off. Having quickly made it into Hammers’ half, their scrum-half, displaying artful chicanery, embarked on a daring raid of the Hammers’ defence. Having found space where none thought possible, he found his supporting man who charged over Hammers’ line. The conversion duly missed, the score read 5-0 Battersea.

Stealing the ball from their lineout like a thief in the night, the ball found its way into the hands of Pete Bicknell who punched through the Battersea defence like Moses parting the Red Sea, offloading to his comrades before Pete Morris touched down. Consul Caravan added the extras to put Hammers ahead 7-5.

This foray was followed in quick succession by another, this time, some excellent line-out work marshalled by Zander Stephens gave the backs the platform they needed. Then, in the manner of Hannibal at the Battle of Cannae, Hammers’ backs once again pincered the Battersea defence leaving none other than magnanimous Mitch Lewis to score. Hammers led 12-5.

Not content to rest on their laurels, Hammers once again made a break for Battersea’s line, earning penalty after penalty five metres out. Settling for a scrum, the Hammers pack heaved Battersea backwards, front row Rogan, Gus, and Poulton leading the charge, and some clean-cut passing from the backs put James Lo over in the corner. Consul Caravan added the extras to see Hammers into halftime 19-5 up.

Even in classical times, the gods were oft reluctant to involve themselves in mortal affairs. However, the sheer incredulity of Hammers’ fourth try leaves nothing other than divine intervention as an explanation. With Hammers quickly regaining possession, Mike ‘Lav’ Laverly threw an audacious miss pass along the winds of time themselves. This was quickly followed by a cross-field kick which was, in turn, caught and kicked forward for a waiting Tim ‘le Snack’ Russell to pounce over the line. The Bonus point had been secured.

To their credit, Battersea quickly responded with a score of their own, leaving the score 26-12. However, that would be the last time the ball would cross the whitewash. Other notable occasions included Rosco continuing the team’s black eye tradition. Much like Achilles taking an arrow to the ankle, scrum-half Rosco was punched in the face. Somewhat less poetic sure but no less of a mighty sacrifice to the Hammers cause. Content with his miss pass and having secured the bonus point, Lav duly smashed their 12 off their ball and left the field, having been shown some cheese.

When the final whistle blew, it was Hammers who triumphed in the South West Derby. Man of the match was awarded to Angus ‘Gus’ Brown, a man forged in the sands of the Colosseum, who was decisive in Hammers’ set-piece coming out on top. With five wins in a row, attention now turned to London Welsh at Fortress Hurlingham.

(It should also be noted that the author was not allowed to submit this report unless he included how, in the dying minutes of the game, he was utterly melted by their biggest bloke. Think David vs Goliath but instead of using a slingshot, David just runs into Goliath. That sort of thing.)