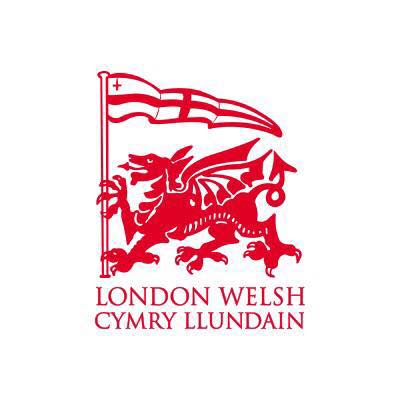 It was a clear dry day, with a slightly stiff breeze as both sides arrived at Hurlingham Park with pints being poured, burgers on the grill and a reasonable crowd gathering.

London Welsh kicked off into the wind, and quickly put Hammers under pressure as perhaps the size of the occasion had gotten to some of the boys and nervous errors crept in. Deep in our own 22, someone needed to rise to the occasion and lead the way and rising highest was the long-haired heartbreaker Tim ‘Le Scooby-Snack’ Russell. Spying an opportunity, he plucked a floated pass out of the air and pinned his ears back for the full 90 metres to continue his prolific try-scoring form.
7-0 to the Hammers, five minutes gone.

Top of the table after 8 games doesn’t come by accident however, and Welsh showed their quality by coming back hard with some serious forward pressure. Ill discipline was costly and penalty kicks to touch allowed Welsh to set up their driving maul, and from this platform they scored thrice in quick succession to leave the score looking far less rosy from a Hammers perspective, 7-21 after 30 minutes.

Up until this point it would be fair to say that Hammers had shown a little too much respect to their opposition, and it took a yellow card from a dangerous high tackle from the Welsh Captain to provide a bit of spark. For the last five minutes of the half Hammers had the bit between their teeth and went into the break disappointed that they had let the score line get away from them.

Hammers began the second half strongly, a scrum on the halfway line led to a set piece move in which centre Peter Bicknell blasted his way through the Welsh midfield and around the cover defence to score in the corner. The conversion was just pushed wide, leaving the score at 12-21 with 35 minutes of rugby left to play.

Frenetic would be a fair description of the next period of the game. Hammers spent long periods in the Welsh 22 but struggled to find that crucial breakthrough. After some quick hands through the backs released substitute winger Bryce into the corner, Hammers were incensed that the reckless dive from the Welsh covering tackler led to naught due to the ref’s view being blocked. This energy led to a score not long after, with flyhalf Pete Morris wriggling through the defence and reaching out to place the ball on the scoreline. With Captain Carolan knocking over the extras it was a two point game with ten minutes to go.

When reattaching Bryce’s head some of the wires must’ve got crossed, and his ‘over exuberant celebration’ after Morris’s try led to Welsh having a penalty from the halfway line instead of the usual restart. Welsh once again showed their fortitude by using this platform to launch an attack which saw them score an unconverted try and gain a little bit of breathing space on the scoreboard, as well as the bonus point. 26-19 after 72 minutes.

After the ensuing restart and a good clearance kick, the Hammers fullback Marshall MacLeod decided to do his best Marionette impression after taking contact and being held up by the Welsh defence. From this scrum in the middle of the park Welsh again launched deep into Hammers territory, eventually scoring in the corner. At this point there was a translation error, with the thick Scots accent of Hammers 9 Ross Anderson being mistaken for naked outrage by the referee, who showed him a yellow and told him to take an early shower.

For the last five minutes Hammers showed some serious fight, and launched attack after attack in the Welsh 22, only being stopped by repeated blatant infringements at the offside line and ruck, giving the referee no choice but to pull the card out of his pocket once again for the Welsh openside flanker. With the final play of the game Hammers finally crossed the line, to earn two bonus points and a final score of 26-31 to London Welsh.

Man of the Match was awarded to Peter Bicknell for his tireless efforts punching holes in the midfield and giving front foot ball. Dick of the Day was reserved for Ross Anderson, there will be a collection at the next home game to provide him with some elocution lessons.