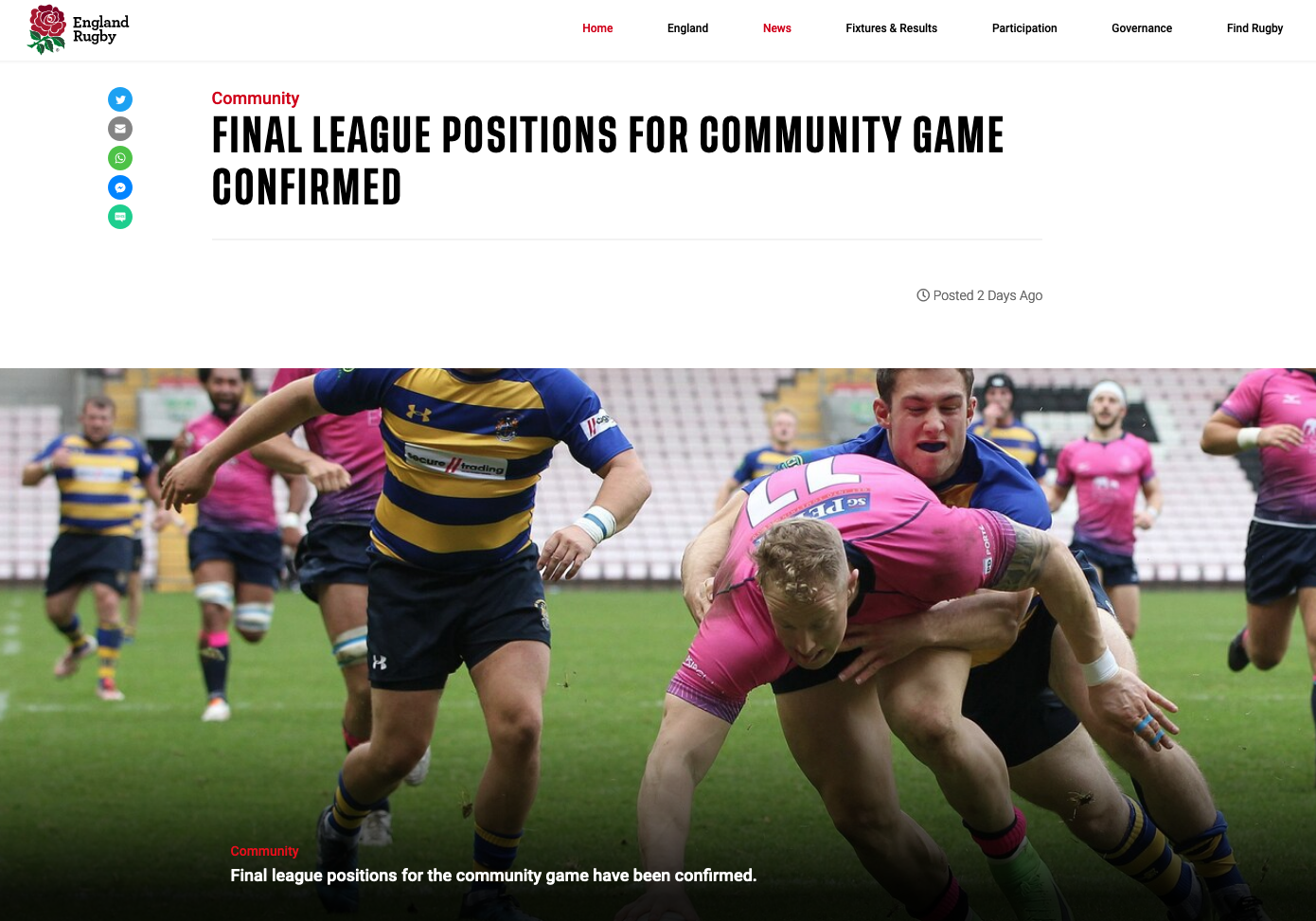 H&F RFC Ladies 1st XV
The Ladies 1st Team has been confirmed as winners of Championship 2 South East. However, the team will not be promoted as the Ladies Section had already decided to decline promotion

Full details can be found on the England Rugby website