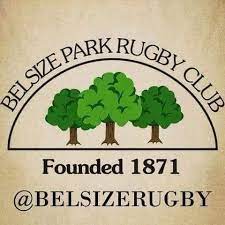 On a sunny Saturday in Regent’s Park, Hammersmith and Fulham’s 3s arrived to face Belsize Park.

Having defeated London New Zealand only the week before to become the only undefeated side in the league, they felt indestructible, and that surely the league title would be theirs by the end of the season.

However as soon as the game began it was clear something was wrong. Belsize had turned  out to be a much better side than expected, and a blistering and energetic start saw them go 21-nil up.

The Hammers responded with heart, guts, and some solid tackles, but Belsize continued to dominate. By half time the game already looked beyond Hammers, but they did respond with determination in the second half. While Belsize remained too strong for them to win the half, they did manage to pull back a try courtesy of man of the match Fergus MacMillan, who also made some outstanding hits in a strong personal performance as part of a losing cause. The low point of the second half came via an abysmal kick non-chase in his own 22 by Billy Wickham, which saw him awarded the DotD. When the dust finally settled, the Hammers had gone down 42-5, a rude awakening for the title challengers. But as the great thinker Pitbull tells us “I don’t understand the word ‘lose’. I only understand the word ‘learn'”.

We will be waiting for Belsize at Hurlingham. Determined.

Hammers 1st put in a performance against Guildford
Scroll to top